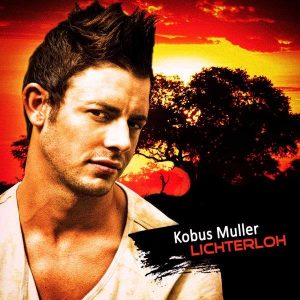 Are you ready for the new Kobus Muller hit?

The INTERNATIONALLY released South African born singer – Kobus Muller, is back with yet another brand-new hot single called – The Lichterloh. Kobus Muller is the former winner of the popular South African TV singing competition – ‘Supersterre’, and signed to the record label – Nextereo Records.

Lichterloh portrays the unique and beautifully toned side of Kobus Muller’s voice. His versatility, good looks and down to earth attitude has earned him various awards and international audience popularity. With numerous END_OF_DOCUMENT_TOKEN_TO_BE_REPLACED

The South African born International singer, songwriter and producer – Kobus Muller announces his world tour that will kick-off on 25 October 2018.

END_OF_DOCUMENT_TOKEN_TO_BE_REPLACED

The INTERNATIONALLY released South African born singer – Kobus Muller​, is back with yet another brand-new hot single inspired by the popular 90’s animation movie – The Lion King​.

END_OF_DOCUMENT_TOKEN_TO_BE_REPLACED

Are you ready for the heat? You better be, because the talented Kobus Muller who grew up in Springs, South Africa, has earned himself success as an  international renowned vocalist.

Now, he’s back under the South African sun – and his hot! 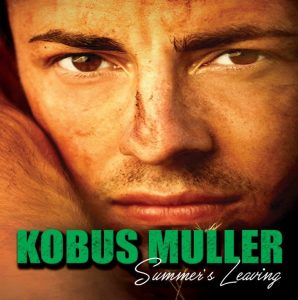 His versatility, good looks and down to earth attitude have earned him various awards and audience popularity. With Top 10 and Nr 1 positions on radio stations worldwide, Kobus is once again set to capture the hearts of his fans.

His brand-new album Summer’s Leaving portrays his beautifully toned voice in a variety of styles, and celebrates his first decade in the Music Industry with flair.

Let’s pause for a moment, reflecting on his musical roots.

It all started ten years ago when he won the popular Patricia Lewis and SABC 2 TV singing competition Supersterre,  in 2007. Over 2 million viewers voted weekly for Kobus.

Kobus quickly won over millions of viewers with his genre ranging between Josh Groban en Mathys Roets. Songs like You Raise Me Up and Jerusalem was got standing ovations on several times. It was clear to everyone that his voice can do a variety of genres. His modern version of the Afrikaans hit song Geelperske reën immediately was a END_OF_DOCUMENT_TOKEN_TO_BE_REPLACED

Beeld reports: From a superstar in South Africa to a superstar in Germany, and soon the Netherlands and England as well.  This is the fairy tale of Kobus Muller from Springs, who overnight rocketed from a local talent into an international sensation with a hit in Germany.  In 2007 he won the series Supersterre on SABC2.  Muller still cannot believe how his entire life has somersaulted since February.  “At the end of February I received an e-mail from the international company Toi Toi Toi Records who saw my songs on YouTube.  They wanted to hear an acoustic song.  I recorded the song on my cell phone while accompanying myself on guitar, and I sent it off.  Things happened very quickly after that.  They asked me to come to Germany immediately.  I went there and was offered a contract on my arrival.  I was taken to a studio where I recorded several songs, amongst others songs written for international stars such as Modern Talking and Michael Bolton.  The studio where the recordings were done is used by several international singers.  My first END_OF_DOCUMENT_TOKEN_TO_BE_REPLACED